Cinco de Mayo, held on May 5, is an iconic celebration in the Spanish calendar, and while the date is held dearly in the hearts of people living in Mexico, this celebration has become so popular in the US that it’s almost overtaken Mexico!

Cinco de Mayo celebrated the event in 1862 when a little town called Puebla stopped French forces in their tracks as they made their way through Mexico with the intention of taking Mexico City. While the French still overtook command of Mexico City, there’s nothing like celebrating an underdog…

And because this day is such a cherished occasion, we wanted to put together some ideas to help (and the kids) you celebrate Cinco de Mayo while on lockdown. We all need some colour and festivities in our lives right now!

While celebrating, it’s a great idea to keep the reason for Cinco de Mayo in mind – this is not only a great excuse for some fun, but it’s a great way to learn about Mexican culture!

While it might seem a touch cliche, Sombrero’s are an iconic part of Mexican culture, and what better way to honour this than making delicious cookies!

Why not try and make some cookies shaped like a sombrero? All you’ll need is sugar cookies, icing, and decorations! We love the idea of gum-drops as the peak of the hat, but use your imagination! The frosting makes a handy hat-rim so you can decorate to your heart’s content with all the colours you can cram onto the cookie! 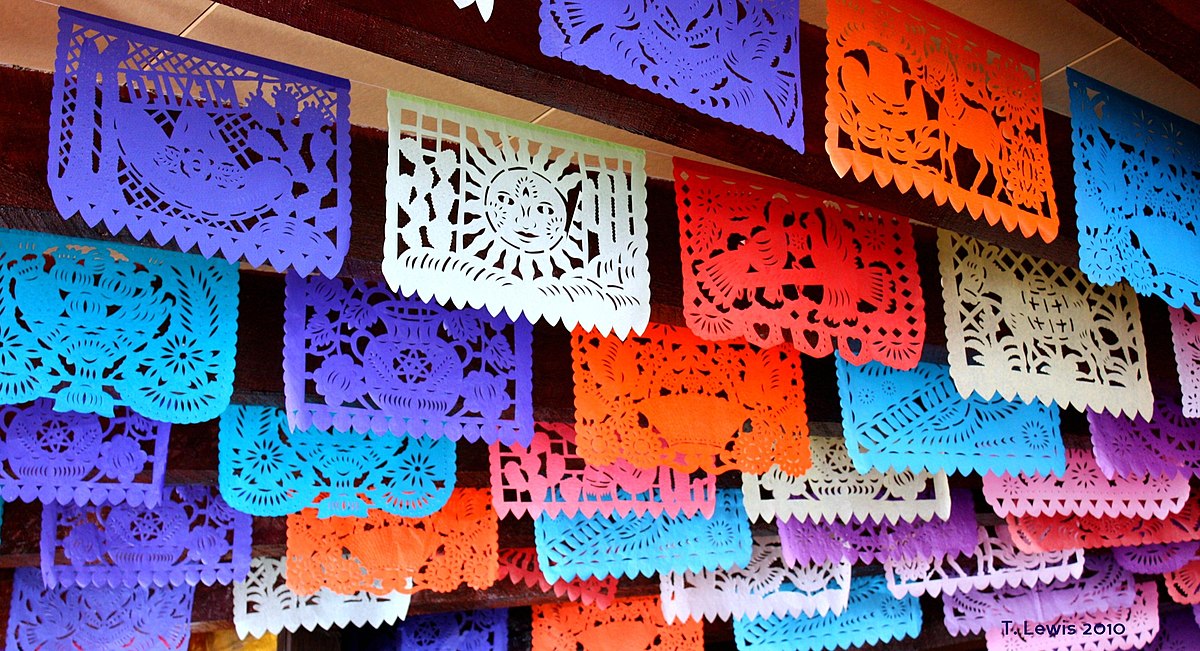 This traditional Mexican art form is used in nearly all Mexican celebrations! Plus, it’s simple so everyone can join in and bring some festivity to your household.

San Salvador Huixcolotla in Puebla State is considered the true centre of where this tradition came from, as it was a vital trade route for goods originating from the Phillippines. These were transported across the Pacific to the Gulf of Mexico and then onto Spain.

One of the goods was thin, coloured paper made from silk. One thing led to another and by the 1920s paper flags cut into decorative patterns were being sold in many towns, spreading later to Mexico City. By the 1970s papel picado was a tradition!

Whether you go complex or stick with a simple design, folding your paper and cutting different shapes from it is as easy as it gets! Now, time to experiment…

So, call us cliche but tacos are a huge part of Mexican culture which has spread all over the world so it’s almost impossible to go wrong with making some tacos!

Why not turn the taco making session into a Spanish lesson? Learning the words for your ingredients and talking about them, whether you’re a complete beginner or are fluent, is a great way to practise Spanish during lockdown. Plus, it’s fun!

You can even get your kids to try and describe their ingredients if they’re a little more competent with the Spanish language.

Make Some Maracas (And Learn All About Mariachi)

Maracas, again, are intrinsically linked to Mexican culture and are a traditional instrument used and loved all over! You can easily make your own with household items by filling a round container, pot (even plastic Easter eggs) with rice and grasping this between two spoons!

Or, simply tape your rice-filled pot to a wooden spoon, lollipop stick, anything you can hold and shake like crazy. Have a little research for some inspiration, and get going!

Mariachi is the sound of Mexico. It’s the sound we all recognise, and one that was recognised by UNESCO as part of the Intangible Cultural Heritage of Humanity in 2011.

Making your own maracas and learning about this amazing, traditional art form is one of the best ways we can think of to celebrate Mexican culture, understand why these traditions are part of Mexico, and enjoy them!